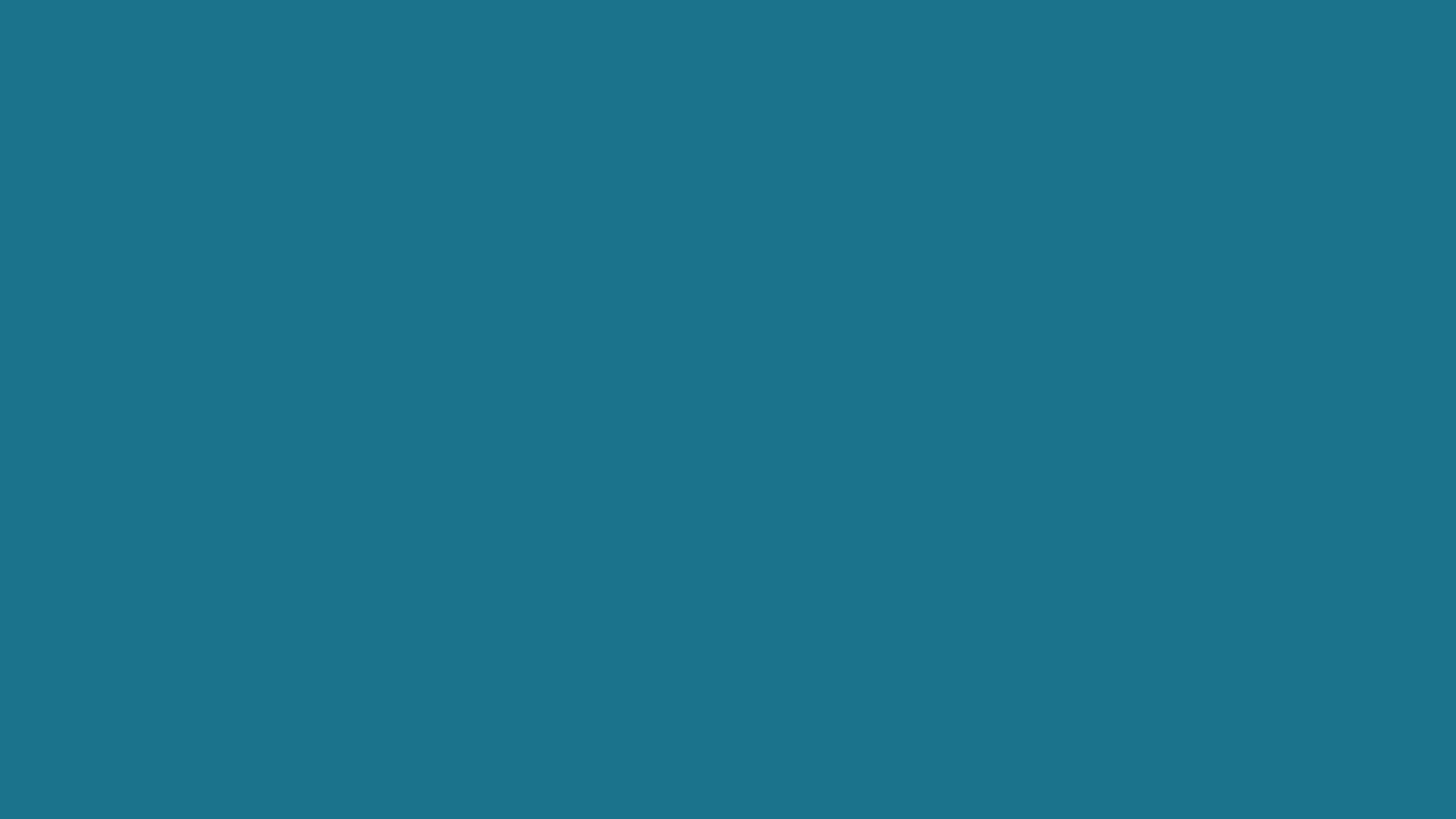 St. John (also called Saint John the Apostle, Saint John the Divine, etc. died in the year 100AD) was one of the Twelve Apostles of Jesus. He was the son of Zebedee, a Galilean fisherman, and Salome. John and his brother St. James were among the first disciples called by Jesus. He is the author of the fourth and last Gospel because he wrote after Matthew, Mark and Luke (and traditionally believed to be the author of the three Letters of John, and the book of Revelation in the New Testament).

The word evangelist comes from the Greek meaning, “proclaimer of the Good News.” In Catholic tradition, the term “evangelist” has been used since the third century to refer to the authors attributed to the canonical four Gospels. In the early Church, the “four living creatures” that encircle God’s throne in the Book of Revelation (4:7-8) became symbols for the evangelists. These symbols originated from the four-sided creatures described by the prophet Ezekiel 600 years before the birth of Christ (Ezekiel 1:5, 6 & 10). St. Jerome, in the latter part of the fourth century, attributed these symbols to the four canonical evangelists. The Gospel of Matthew begins with the Incarnation, so his symbol is a man (or an angel). Mark begins his Gospel with John the Baptist whose “voice crying out in the wilderness” was as solitary and powerful as a lion’s roar. Luke stressed the theme of sacrifice, so the figure of the ox was associated with him. And John’s Gospel, according to St. Jerome, achieved spiritual heights and so his symbol is the eagle.

As Catholics we do not worship the saints, but instead reach out to them to intercede on our behalf. They also serve as faith models for each of us so that we too can aspire to be more Christ like as they were. 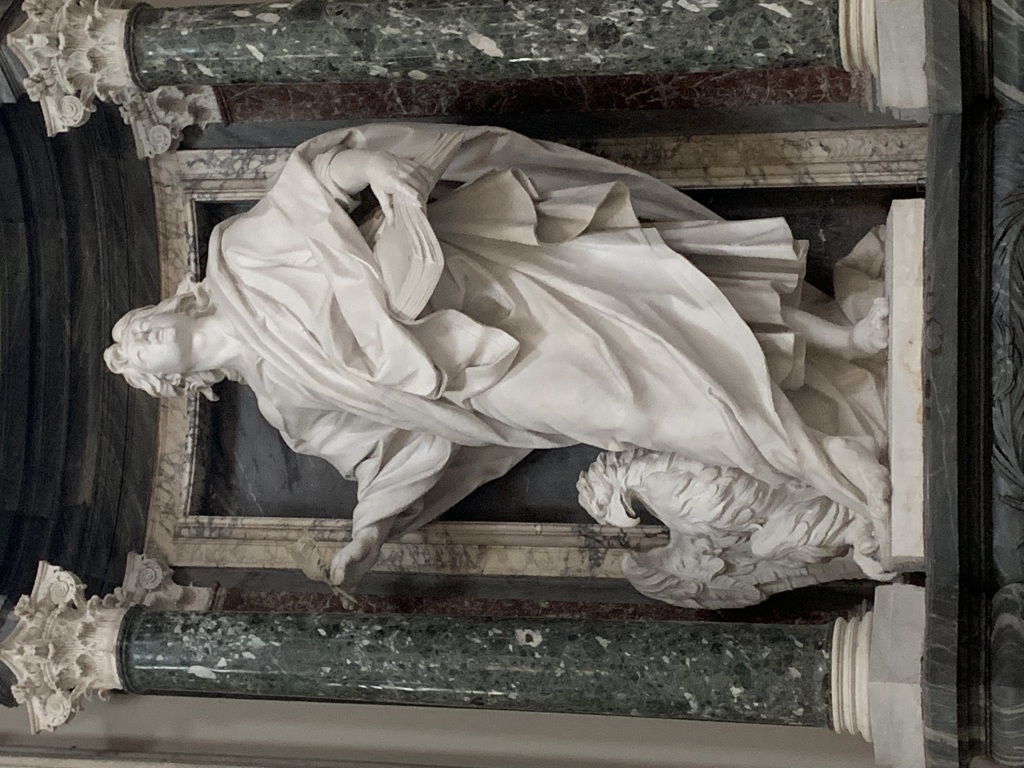 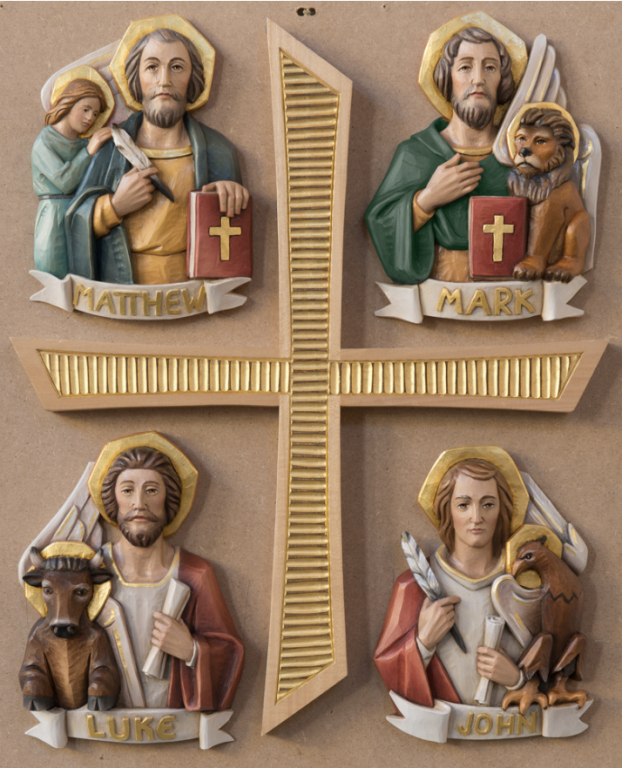 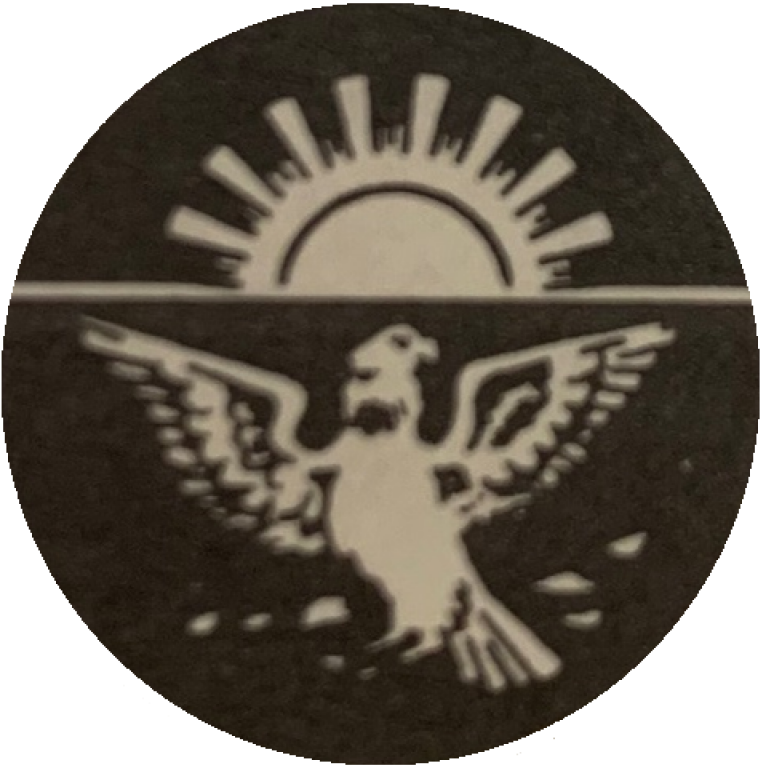 Original logo (still used as our seal on official documents) 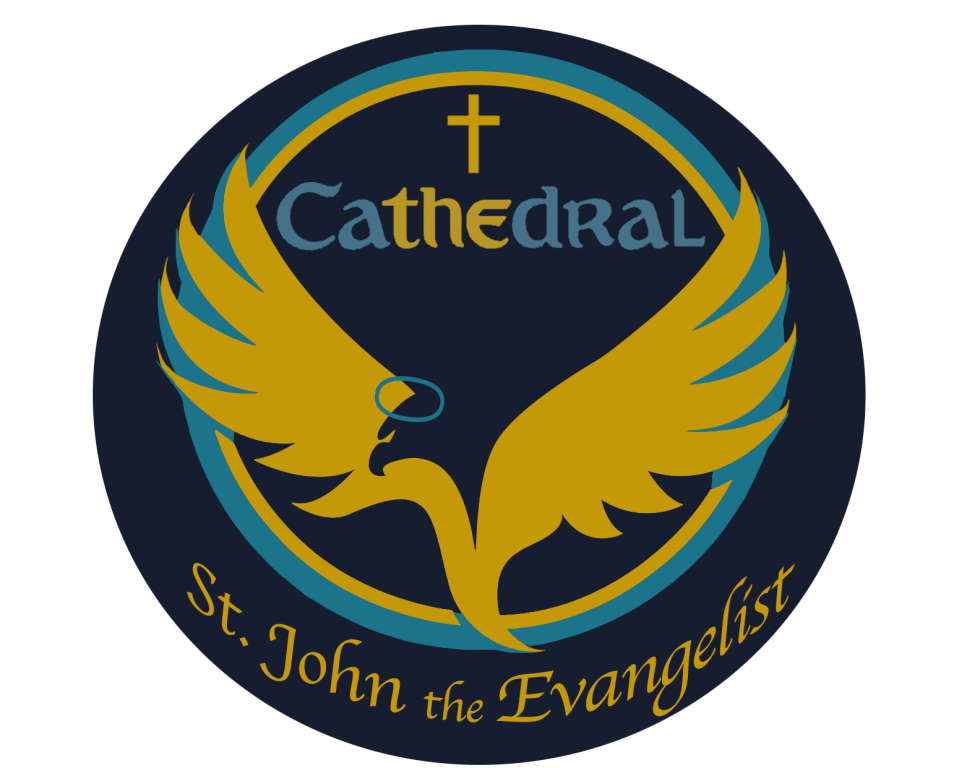